< >
In December 1965, US security advisor John Longan arrived in Guatemala City to restore stability. Hoping to professionalize Guatemala's intelligence system, Longan and other American advisors centralized the operations of the police and military, training them to gather, analyze and act on intelligence in a coordinated and rapid manner. Longan identified a need for "fundamental elementary work in organization, coordination, and basic police activity." On December 5, he held the first in a series of workshops with the heads of the Judicial and National Police, military officers, including Colonel Rafael Arriaga Bosque, and two other US public safety advisors. Longan laid out plans for combined "overt" and "covert" operations collectively called "Operacion Limpieza" - Operation Cleanup. In the overt phase of the operation, the "Army, the Judicial Police, and the National Police" would carry out sweeps in "suspect areas in hope that some criminal or subversive elements could be caught in net and lead to further openings." Longan instructed the officers in a maneuver dubbed the "frozen area plan," which entailed the cordoning off a four block radius, establishing an outer perimeter, and searching the secured area for subversives and information. On the covert side, Longan recommended the creation of a small "action unit to mastermind campaign against terrorists which would have access to all information from law enforcement agencies. . . ." A team of "trusted investigators" would work from a "special room to be called 'The Box,'" a 24-hour nerve center equipped with telecommunications and electronic surveillance equipment staffed by military colonels and captains and located at Matamoros, the military's general headquarters in downtown Guatemala City. Responsibility for the full operation, including command of "The Box," was given to Arriaga Bosque, the commanding officer of Matamoros. The overt and covert sides of the proposed operation complemented each other. Intelligence picked up from wide sweeps using the frozen area plan was to be sent to 'The Box' to be analyzed and deployed in more focused clandestine raids, which in turn would provide information for larger dragnets.
Equipped with state of the art telecommunications and surveillance equipment and operating out of military headquarters, Arriaga began to carry out widespread raids. By the end of February, eighty operations—and a number of extrajudicial executions—had taken place. Then between March 3 and March 5, Operacion Limpieza netted its largest catch. On March 2, the military and police picked up three guerrilla leaders. On the third, the police captured Leonardo Leonardo Castillo Flores, who headed the national peasant union under Arbenz, and three
other PGT-FAR members on the south coast. The next day, the fourth, special security officers from Guatemala City arrived to interrogate the prisoners, which according to a CIA document apparently yielded information on Guatemala City safe houses. The following day, the police and military detained a number of PGT leaders, including Victor Manuel Gutierrez - the head of the national labor union under Arbenz. 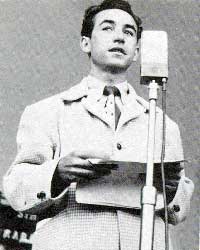 By March 5, security forces had captured scores of members of the PGT, FAR, and MR-13 (a Trotskist split from the FAR) in coordinated operations throughout the country, including the capital and the southern coast. The oft stated US goal of effective use of intelligence and coordinated operations between police and military and between the countryside and the city was now a reality.
Judicial Police took Gutierrez to their downtown headquarters, where they submitted him to a torture dubbed la capucha. They covered his head with cowl and shocked him with electric currents, which according to one witness quickly proved too much for Gutierrez, who suffered from a frail heart. Security forces transferred most of the rest of those captured in Guatemala City to the Matamoros military base, where 'The Box' was located. They were interrogated, tortured, executed, and their bodies placed in sacks and dropped into the Pacific. Years later, Longan recalled that some of their remains washed back onto shore. The exact number is not known, but, along with Castillo Flores and Gutierrez, the police and military murdered at least thirty people over the course of four days. In July, a defector from the national police told the newspaper El Grafico that execution orders came from Arriaga Bosque, the man in charge of the new US "action unit." US embassy officials admitted that the killings were carried out under the auspices of Operacion Limpieza. The embassy's March progress report, which enumerated its paragraphs, stated in paragraph number four that the Guatemalan government scored "a considerable success when they captured a number of leading Communists, including Victor Manuel Gutierrez [and] Leonardo Castillo Flores." Paragraph twenty-three then matter-of-factly noted that the police "have conducted 80 raids during the past month using the 'frozen area plan'. The raids have been productive in apprehensions (see paragraph 4)." Despite pleas from Guatemala's archbishop and over 500 petitions of habeas corpus filed by relatives, the government and the American Embassy remained silent about the fate of the executed.